A Tiny Spanish Island Where Pirates Once Roamed

NUEVA TABARCA, Spain — As a teenager, Federico Mérimée dived for sea urchins on the tiny island of Nueva Tabarca. Back then, he and his friends couldn’t afford the fare for the water taxi, so they would hitch rides from the mainland on local fishing boats.Nowadays, Mr. Mérimée, 52, who runs an elevator maintenance company, motors over to the island in his own speedboat. He and his wife recently bought a vacation home here.Nueva Tabarca is one of many small islands along the Spanish coastline, where a few hardy souls have made their homes. Some, like Nueva Tabarca, which measures just one mile long and half a mile wide, have no stores at all. In bad weather, residents can be stuck there for days. But in return, they are free of crowds and rowdy tourists most of the year.
Image 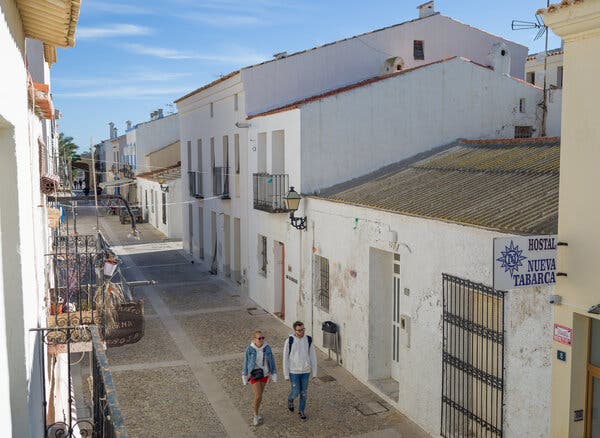 The island’s main street.Credit…Samuel Aranda for The New York Times
Spain’s tiny islands are also a relative bargain. While mansions run into the millions on Mallorca, where the Spanish royal family has a residence, for instance, houses on smaller, more remote islands cost far less. Although all-time low interest rates are helping to reactivate the Spanish real estate sector, which experienced a slump in prices of 4 percent in Barcelona during the pandemic, the market for holiday homes along Spain’s coastline and on its islands will remain sluggish until international tourism picks up, according to Jesús Encinar, founder of idealista.com, a real estate portal.