Mozambique Mints a New National Park — and Surveys Its Riches

When you stand in the Chimanimani Mountains, it’s difficult to reconcile their present serenity with their beleaguered past. From the valleys below, enormous walls of gray stone rise above dense deciduous forests. Hidden among various crevices are ancient rock paintings, made in the late Stone Age by the San people, also known as Bushmen; they depict dancing men and women, and hunting parties chasing after elephants. There’s even a painting of a crocodile so enormous that it may forever deter you from the riverbank.As you climb higher, toward Mount Binga, Mozambique’s highest peak, the forests flatten into expanses of montane grasslands. Wild, isolated, lost in time, it’s a place where rich local traditions live on, where people still talk about ancestral spirits and sacred rituals. A local guide there once told me about a sacred mountain, Nhamabombe, where rainmakers still go to make rain.
Image 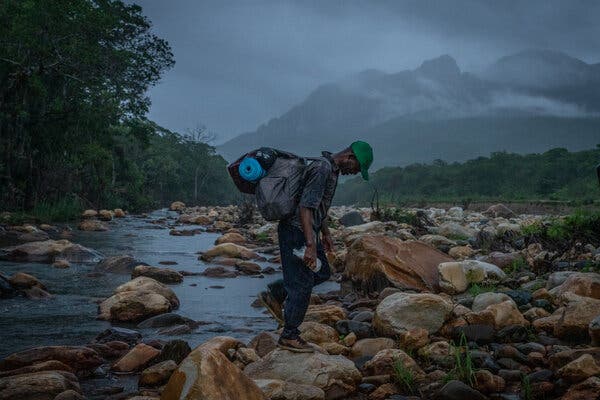 A local guide crosses the Rio Mussapa at dusk.